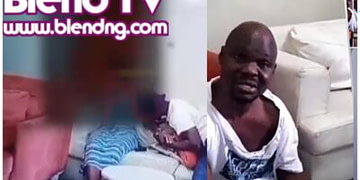 by blendng
in Blend Tv, Entertainment
0 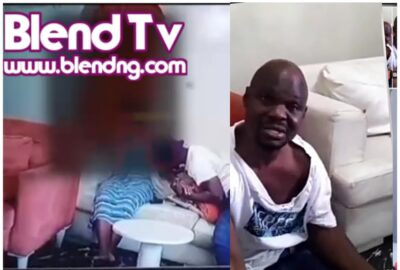 The long 7 minutes of footage of Nollywood actor a.k.a Baba Ijesha has been exposed to the public domain after the actor was seen kissing, romancing, and molesting an underage girl of 14years old.

Baba ijesha CCTV Footage Download, The video of an underage girl has revealed a barbaric act of Olanrewaju Omiyinka quite some days ago where the Yoruba  Nollywood actor was seen and caught on the scene romancing and kissing the 14 years old girl.

Baba Ijesha said the incident was due to a spiritual problem and challenge that led him to be molesting, romancing, and kissing the 14 years old girl.

The CCTV footage revealed the secrecy act that was going on between Baba Ijesha and the little girl where he was seen caring for the girl’s leg.

Later, the actor would lift his victim’s dress and continue to caress her body.

There was no portion of the footage examined that showed the actor rapping the minor.

However, it’s unclear what happened in the remaining 22 minutes of footage that hasn’t been released.

According to this newspaper, the video that was released online on Sunday was not the complete version of the case.

How do you judge the actions of baba ijesha CCTV Footage molesting an underage girl of 14 years old?

You May Like This   Drama As Lautech University Lecturer Caught Red-handed with student
Tags: Baba ijesha CCTV Footage