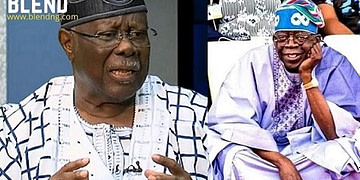 Home » Latest Update » Politics » Bode George: I will Cease To Be A Nigerian If Tinubu Wins 2023 Presidential Election 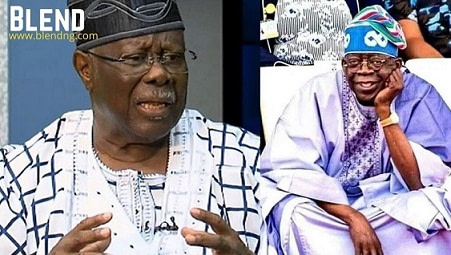 The political statesman of PDP Bode George has vowed to be a Nigerian if Tinubu becomes president in 2023.

The chieftain of peoples Democratic Party has made a vow statement while on popular Tv station Arise Television in Lagos challenging the elder statesman of All Progressive Congress APC on a special morning show on the said Tv.

Bode George has challenged the economy and financial crime commission why they have failed to look into the financial past records of former Lagos State Governor Asiwaju Ahmed Tinubu although Jagaban has never denied the intention of running presidential race neither does he agree to run for the post come 2023.

However, Bode George, an elder statesman, asked on Friday’s Arise TV program why the Economic and Financial Crimes Commission (EFCC) has yet to launch an investigation into Tinubu’s financial activities while governor of Lagos state.

“If by whatever yardstick, he [Tinubu] becomes the head of state, I will cease to be a Nigerian and I’m not joking,” George said.

“I’ve talked about it and I’m still saying publicly that the EFCC should go urgently and investigate Alpha Beta Company owned by him.

“Let me say it in very clear language, to me it’s an insult to de-civilize the people of this country who are committed to national development that the likes of him want to run this country.

“We must make sure that they investigate him. He’s junketing all over the place—an insult to the civilised minds who work so hard in this country.”

What is your political view about Chief  Bode George I’ll Cease to Be A Nigerian If Tinubu Wins 2023 Electionstatement over Tinubu?

You May Like This   Yahaya Bello -Nigerians Are Asking Me to Go For President In 2023
Tags: Bode GeorgeTinubu election 2023 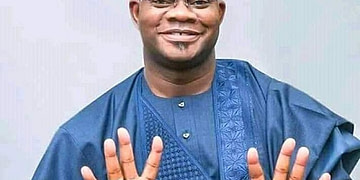