The controversial outgoing United States president Donald Trump is impeached again with the resolutions of 232 to 197.

As the tenure of outgoing United States president Trump gradually going to an end has been impeached by United States house of Reps. 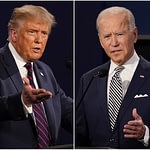 This was caused by the allegation of incitement insurrection by his supporters follow the incident that happened in Capitol to distract the transitional process of Joe Biden’s inauguration ahead Jan 20,2021.
The republican outgoing president has been impeached by majority of lawmakers of house of Reps.

The impeachment was led by speaker of the house Nancy Pelosi making him the first president to be impeached twice in office.
Though his tenure is gradually going to an end but the decision to serve him impeachment article notice needs to be supported by the Senate. 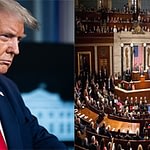 It will be recalled that Trump has been banned from using social media indefinitely along side over 70,000 of his supporters.
According Legit.ng United States president, Donald Trump has been impeached by the US House of Representatives led by Speaker Nancy Pelosi. 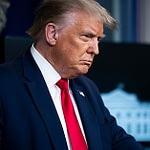 The impeachment was carried out by the majority of democratic and the republican that have the presence of :
Rep. Dan Newhouse of Washington
Rep. John Katko of New York
Rep. Jaime Herrera Beutler of Washington
Rep. Adam Kinzinger of Illinois
Rep. Fred Upton of Michigan
Rep. Liz Cheney of Wyoming
Rep. Peter Meijer of Michigan
Rep. Anthony Gonzalez of Ohio
Rep. Tom Rice of South Carolina
Rep. David Valadao of California and the rest, the resolution was passed 232 to 197.
Trump will be recorded in the Guinness book of record as the first president to be impeached twice in political history of United States.
Related Topics:breaking newsDonald Trumpforeignimpeachment
Up Next