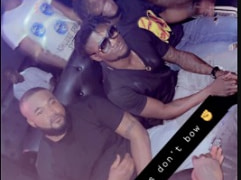 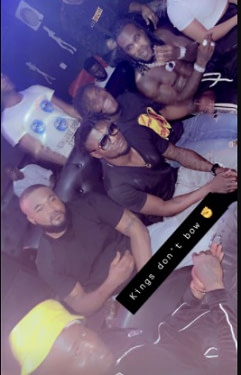 Obafemi Martins a.k.a Obagola has broken the silence over alleged disrespect going on between him and popular Nigerian rapper and singer Burna Boy in a message sent out on his official Instagram page.

I have been seeing a lot of allegations online and I don’t appreciate our names being disgraced like this. We had a few misunderstandings a few nights ago but the issue don resolved already sha,” he wrote.

“There be no fights at bayrock. The club not even opened for clubbing. I just called my boys to talk about the issue there. I be di shareholder, don’t destroy my business na.” “There is always fight and love amongst brothers. You guys are making too much hype, you should forget it and carry on. Eko oni baje.

It will be recalled that Burna Boy came out to disrespect Obafemi Martins not quite long ago where he used abusive words to the footballer.

What do you think about the Obafemi Martin statement release?

You May Like This   Meet Nigerian Celebrities Who Photoshop Their hips and Increase It To Show Online
Tags: Burna BoyFightobafemi 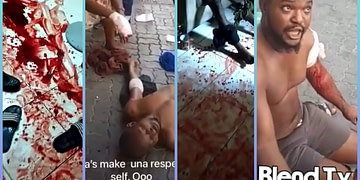 Is the Zona M100 rear-view camera the future?