The Ghost And The Tout Too – ( Nollywood Movie)

Somalian former president is dead, Muhammad Ali has given up the ghost in Kenya.

The Somalian Former President Is Dead Muhammad Ali, Muhammad Ali who was a president in 1968 became a member of parliament where he was voted for . 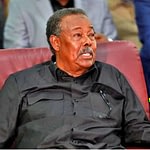 The spokesman of the Ministry of Information, Ismael Mukhtaar Omar, in his official statement disclosed that Muhammad died in Nairobi, Kenya.

Muhammad Ali Samatar was a key figure in Somali politics throughout the 1970s and 1980s. During the Ogaden campaign of the late 1970s, he led all SNA units and their Western Somali Liberation Front (WSLF).

The former president has contributed immensely to the development of a stable  political system of Somali before the truncated started in late 200s.

The former Somalian president Muhammad Ali during his time was also a businessman before he took over the country’s leadership after the military government was toppled.

The Ghost And The Tout Too – ( Nollywood Movie)

Video Of The Week

Movies Of the Week

Music Of The Week

The Nigerian Wedding that BROKE THE INTERNET

We would like to show you notifications for the latest news and updates.
Dismiss
Allow Notifications