Following the recent development of law break and order in US at Capitol by outgoing United States president Donald Trump’s supporters over the transition of power to the incoming  and democratically elected president Joe Biden at the just concluded general election in the state. 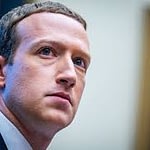 The CEO of Facebook Inc. has issued a strong warning concerning the recent development to the orchestrator(Donald Trump ‘supporters) of such action and policy puts in place to safeguard the democratic norms and order in the state.

In his statement which reads as a stern and firm decision that is needed to make at the moment which goes  thus:

The shocking events of the last 24 hours clearly demonstrate that President Donald Trump intends to use his remaining time in office to undermine the peaceful and lawful transition of power to his elected successor, Joe Biden.

His decision to use his platform to condone rather than condemn the actions of his supporters at the Capitol building has rightly disturbed people in the US and around the world. We removed these statements yesterday because we judged that their effect — and likely their intent — would be to provoke further violence.

Following the certification of the election results by Congress, the priority for the whole country must now be to ensure that the remaining 13 days and the days after inauguration pass peacefully and in accordance with established democratic norms.

Over the last several years, we have allowed President Trump to use our platform consistent with our own rules, at times removing content or labeling his posts when they violate our policies. We did this because we believe that the public has a right to the broadest possible access to political speech, even controversial speech. But the current context is now fundamentally different, involving use of our platform to incite violent insurrection against a democratically elected government.

We believe the risks of allowing the President to continue to use our service during this period are simply too great. Therefore, we are extending the block we have placed on his Facebook and Instagram accounts indefinitely and for at least the next two weeks until the peaceful transition of power is complete. 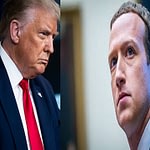 What Really Happens Over This Development

It was reported that the outgoing president trump’ supporters try to disturb and disrupt the transitional process of power to the democratically elected incoming president Joe Biden .

The incident was started at Capitol in United State which sending the signal of disorder and anarchy if the care is not taking. The measure takes by Mark in preventing and suspending Trump’s social accounts is very a good step that is needed at the moment so as to keep the States from anarchy, disorder that can bring about unforeseen situation in United States which if not curtained can transit to serious economy and political disaster across the world.

You May Read These Stories:

Wizkid drags President Buhari On Twitter, Says He Is Incompetent And A Failure

In view of this we think it is a great measure that is needed to take for safety of laws and order in the States because if this step is not taking by Mark it will degenerate to political disaster which is not a good factor especially during this pandemic.

We are of the view that Trump the outgoing president might be sent on exile as a result  of his action.

With this we think Trump needs to take it easy and allow the democratically elected #joebiden to take in the seat if he has any disagreement he should take his grievances to appropriate channel for legal processes to take effect and allow the peace to reign in the States .

Nobody wishes to see the war or envisioned it to happen because we are just gradually recover from the effects of the #Covid-19 pandemic which has seriously affected businesses across the world.

President Trump should adhere to the rule of law and be the keeper of peace and harmony.

#EndSars: FG Created Over N25B To Supplement The Plan For Youth Funding Programme

Wizkid drags President Buhari On Twitter, Says He Is Incompetent And A Failure

#EndSars: FG Created Over N25B To Supplement The Plan For Youth Funding Programme

[News]See What Biden Asks Trump To Do