Wizkid and Burna Boy have made Africa proud with their winning in Grammy Awards Nomination in the male category.

Wizkid Burna boy emerge as the winner of Grammy awards, Wizkid, Burna Boy Make Africa Proud Bag Grammy Awards In Global Artistes Category, The winning of Grammy Awards by Wizkid and Burna Boy have proofed that Africa has a place in the world. 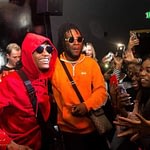 It will be recalled that Burna bagged the Grammy awards in the year 2019 which has since been claiming the African Giant artiste .

This year’s edition of the Grammy Awards has proved that Burna indeed a great African Giant artiste so far seen especially in Nigeria.

Wizkid emerges the winner of Grammy Awards for Brown Skin

This year isn’t go alone it includes Wizkid in the song he features which the nominated to be the best music video  Brown Skin Girl with the originator song Beyonce and her daughter Ivy and some other contributors artists as regards the rule of Grammy Awards. 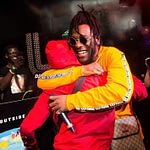 Burna bagged the award in the global recognition artist category with his Twice As Tall album which featured the most prominent African Artistes on the list.

Twice As Tall cannot be nominated or succeed in winning the statue of Grammy without effort and great contribution of the likes of Youssou N’Dour, Naughty by Nature, Sauti Sol, Chris Martin, and Stormzy, the contribution of those artistes was so much to be neglected. 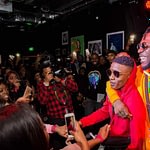 This Grammy-award has been the most and ever-popular world-known awards so far, for Wizkid and Burna Boy to emerge as the winner in the Afrobeat song show Nigeria is topping the game as music and entertainment is concerned in Africa.

Mean Davido has taken to his social handle to celebrate with the duo artiste on their winning.

What is your thought on Wizkid Burna boy as they emerge the winners of Grammy awards by making Africa proud bag Grammy Awards In Global Artistes Category?

Portable Omololami who was accused of stealing an Iphone and Keke Napep is no doubt a way to bring down the artiste’s glory.

Omololami Portable is a Nigerian street local and indigenous rapper who has been laboured for 10 years in the music industry before his glory shines.

What is view on Portable Stealing Iphone and Keke Napep

A video of a man who caught his wife with their pastor on their matrimonial home has circulated everywhere online.

Man Catches Wife With Pastor On Their Matrimonial Bedroom, the man who cannot hide his pains has taken the video of the alleged pastor sleeping with his wife. The man caught the two of them redhanded with a pastor. In the viral video, released on social media space the mad had asked his wife what prompted her to do such a crazy thing with their pastor.

Naijablog captured the video and shared it where the alleged pastor.

Read This Drinking Alcohol, Womanizing Or Stealing, It Doesn’t Make You A Fake Pastor,Pastor says

The man lamented how hard he was to make ends for his wife.

Watch The Video Below :

Man catches Prophet sleeping with his wife on their matrimonial bed.

Narrating how he caught them in the act, the man said his wife had told him she was going for a vigil.

However after he came back home the next day, and caught her having sex with the Prophet. pic.twitter.com/nkMZml1I6J

However, some Twitter users have down against such ugly action from a woman